Wilder Park Conservatory is an ideal place to capture the magic of your special day or take memorable family photos. Please take into consideration our Photography Etiquette information when taking photos. Call (630) 993-8186 or fill out the Rental Supervisor Contact Form if you have any questions regarding photography.

A historic tradition lives on at the Elmhurst Park District Conservatory and greenhouses, located in Wilder Park. These buildings are informally dedicated to the memory of some of Elmhurst's first families who at one time resided in nearby Wilder Mansion.

In 1868, Seth Wadhams (founder of the Knickerbocker Ice Company in Chicago) purchased a treeless farm called the "Burnhams Lot" and built a home, calling it "White Birch." He surrounded his new home with as many species of trees as were able to survive in the climate. He also hired a landscaper, gardener and herdsman to care for the property.

In addition to the home, Wadhams built a greenhouse for his wife to help her to overcome her grief over the death of their son. This greenhouse, still in use today, is located to the rear of the Conservatory and is the forerunner of the extensive horticultural activities which are currently taking place in Wilder Park.

Aurelia Case King continued the tradition of her predecessor, becoming interested in gardening and establishing a library on the subject. She created an herb garden, based upon the descriptions of Erasmus, a Dutch humanist; and a flower garden, modeled after the one at Mount Vernon, Virginia. In 1890, Aurelia and Henry's son, Francis, married Louisa Yeoman. After the death of Henry King in 1898, the Francis Kings moved into the home of his mother. During this time, Louisa became interested in the gardens of her mother-in-law. However, it was not until Louisa moved into the McCormick home (1898) at Claremont and Prospect Avenues that she established her first garden. This began her lifelong avocation with gardening and horticulture. Her contributions include several books on these subjects. She dedicated her last book, "From A New Garden," to her mother-in-law. Louisa received many awards and honors, including a memorial planting of dogwood in the National Arboretum in Washington, D.C. and a rose named in her honor.

After the death of Mrs. King in 1901, the estate was sold to Mrs. Henry Gorden Selfridge, and later was purchased in 1905 by Thomas E. Wilder. Wilder renamed the estate "Lancaster Lodge," after his original home in Lancaster, Massachusetts.

Before his death in 1919, Mr. Wilder offered the northern six acres of the estate to the City of Elmhurst, with the stipulation that a library be built within five years. Unable to fulfill its commitment, the City called a meeting of the Park District Board and the Library Board. An agreement was reached whereby the Park Board would purchase the southern six acres for $45,000.

Upon completion of the purchase, the City would cede the northern six acres to the Park District. The City would then purchase the Wilder home and one acre surrounding it for $14,000 and cede that to the Library Board for the establishment of a library. Upon completion of these transactions, the Wilder estate became Wilder Park, containing the original greenhouse on the southern six acres.

The Conservatory underwent a major restoration in 2014, made possible by a $1.84 million state grant. The project allowed for improved green technologies and energy efficiencies. 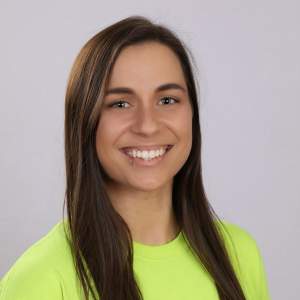