A statement to park patrons

Yesterday we posted a reminder that playgrounds are closed by order of the Governor and that while it’s okay to be in parks to walk, bike or jog, it is not acceptable to be in large groups. Many people chose to disregard the Governor’s order, and we received an abundance of responses from people expressing concern about the volume of people in the parks playing on playgrounds and gathering on athletic fields and courts.

As a result, the Park District is taking further action to highly discourage those people who are ignoring the order by the Governor. Beginning today, “closed” signs will be placed near every playground. Playgrounds will be roped off with caution tape. Rims will be removed from basketball courts. Tennis courts and the skate park will be locked. And soccer and lacrosse goals will be removed from athletic fields.

To do all of those things, we will be asking our staff to leave the safety of their homes and expose themselves to surfaces that have been touched by thousands of people in the last two weeks. Any of whom could be infected.

We are also working cooperatively with the City of Elmhurst and the Elmhurst Police Department, and they are ready to assist with enforcement by dispersing people who do not follow the Governor’s order. Park ambassadors will also be making rounds in the parks. And while they can all try to do their part to disperse people from the playgrounds or push out groups of people on ball fields and courts, their efforts are only temporary until those same people simply return once they’re gone.

All that being said, we implore any of you who took part in the discouraged activity to seriously reconsider your actions. Please do not make us take the next step of closing down the community parks entirely. We want people to be able to get outside to get fresh air and go for a walk, but if this type of blatant disregard for the safety of others continues, we will be forced to do so.

Asking people to stay at home is tough on all of us. But in the words of Simon Sinek, we all must suffer a little so no one has to suffer a lot.

On behalf of the Board of Park Commissioners please take this seriously! Do your part to flatten the curve and save lives! 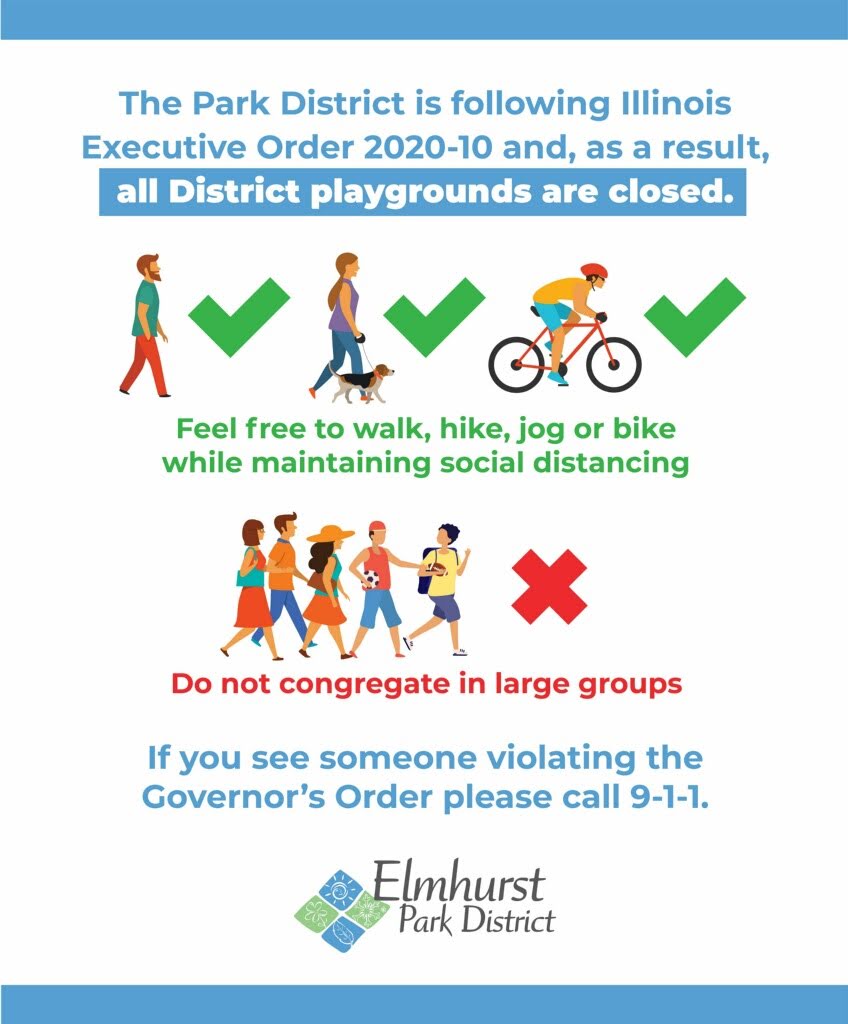